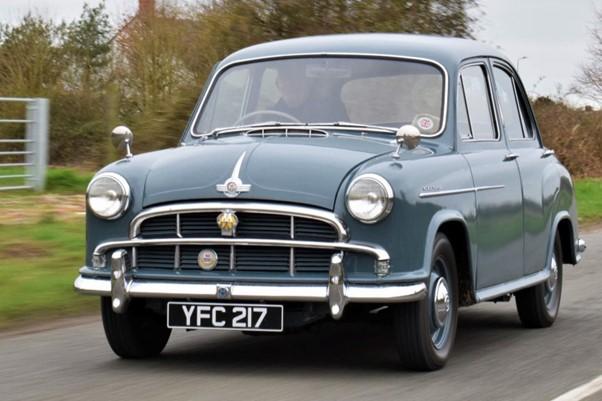 Templars Square, Oxford’s largest enclosed shopping centre, is to see the return of the Cowley Classic Car Display with a stunning range of locally built classic cars, celebrating the city’s heritage in the automotive industry.

Between Sunday 21st – Saturday 27th August, nine cars will make an appearance in the shopping centre, all of which were assembled in some aspect at the Cowley plant. The exhibition includes the 1955 Morris Oxford pictured above, a 1968 MG 1300, 1978 Marina Pick-up and a 1963 Morris Mini which has remained in Oxfordshire since being built.

Since 2014, a display of cars has been organised every year (other than during the pandemic) by local resident and Cowley car enthusiast Tanya Field. Tanya comments: “I am delighted to be able to bring another display of Cowley built cars to Templars Square and to many of the people who worked at the factory.  Cowley has an impressive motor manufacturing heritage and it’s good to be able to celebrate this with the local community.’